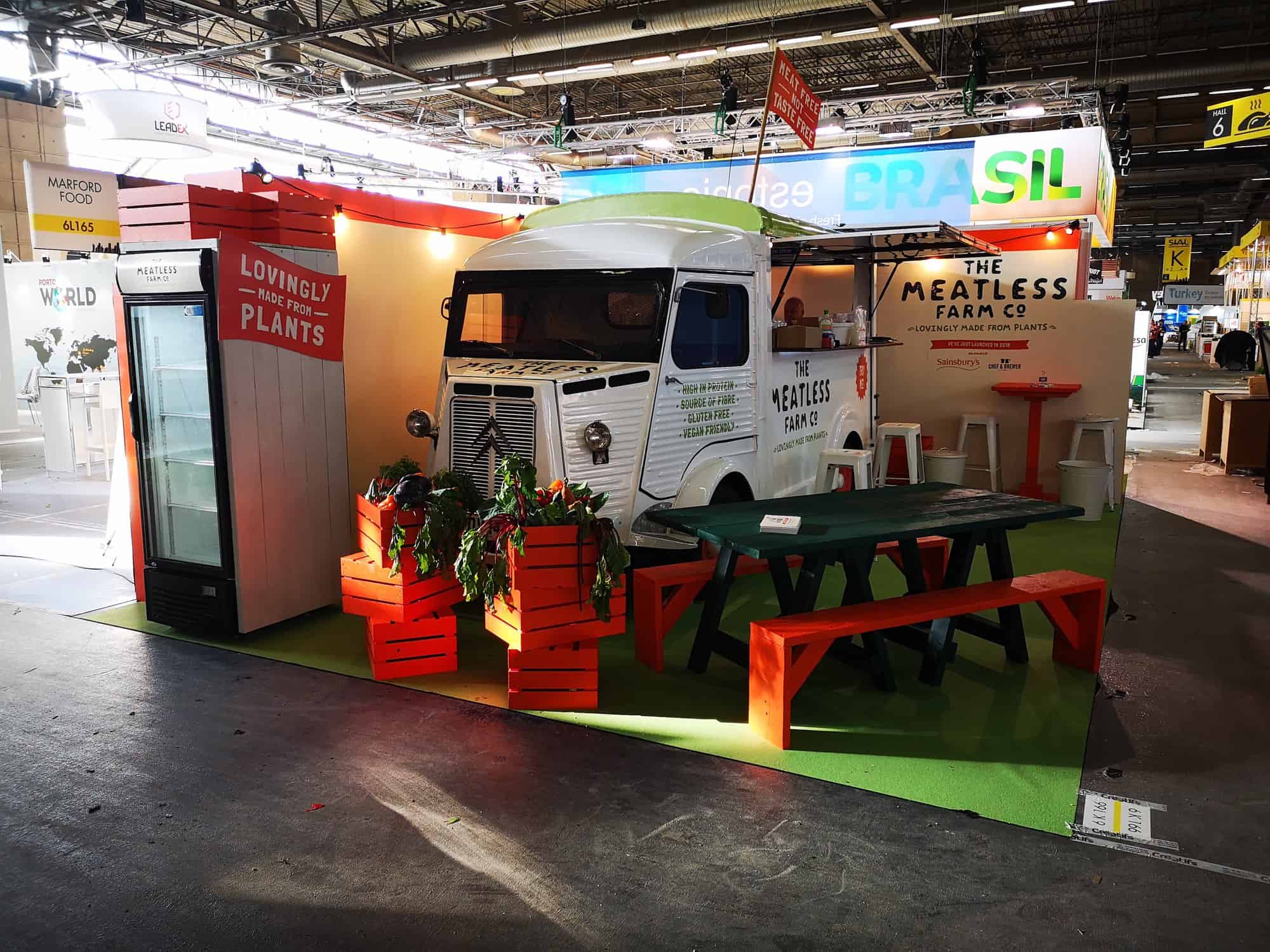 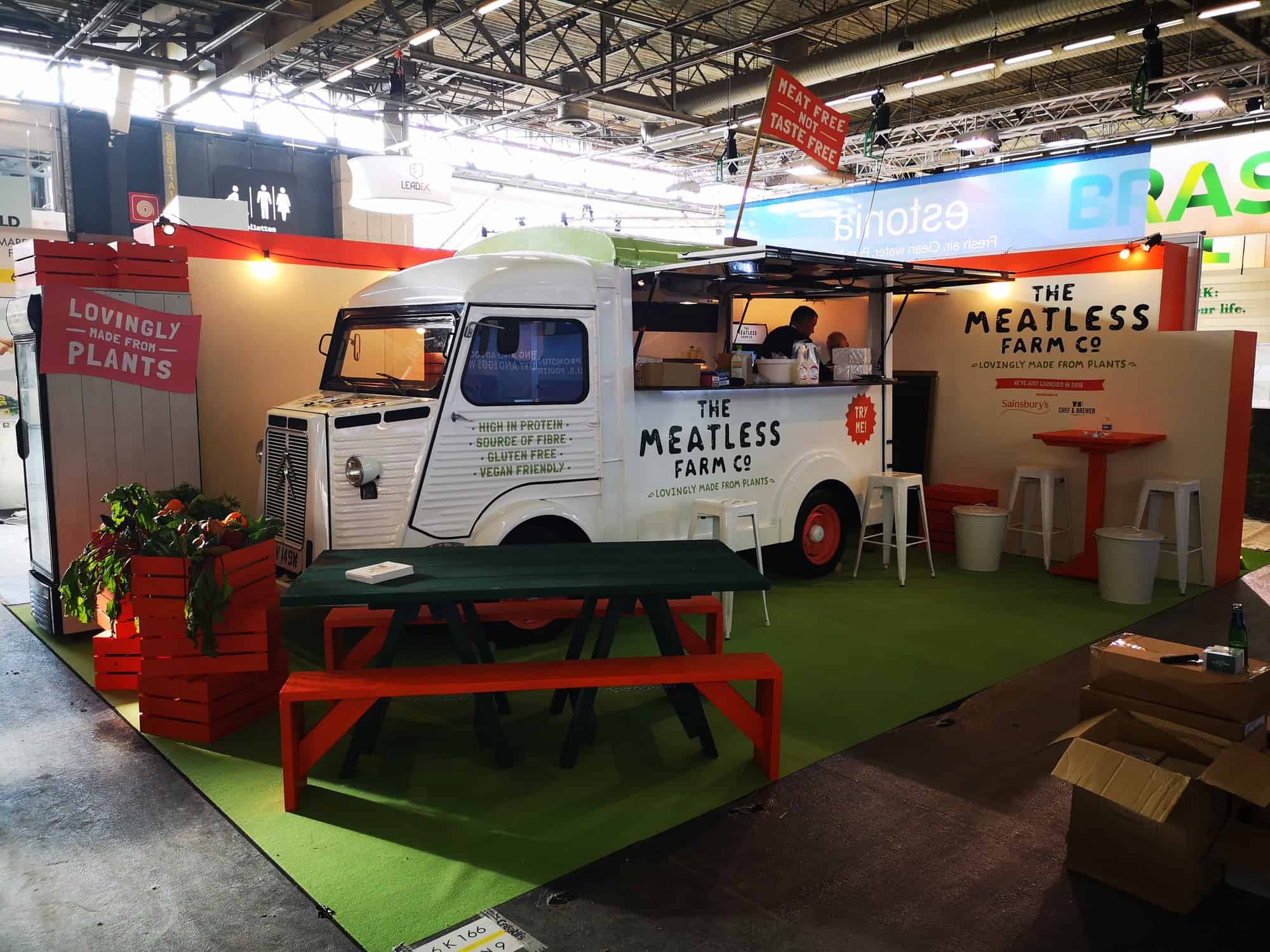 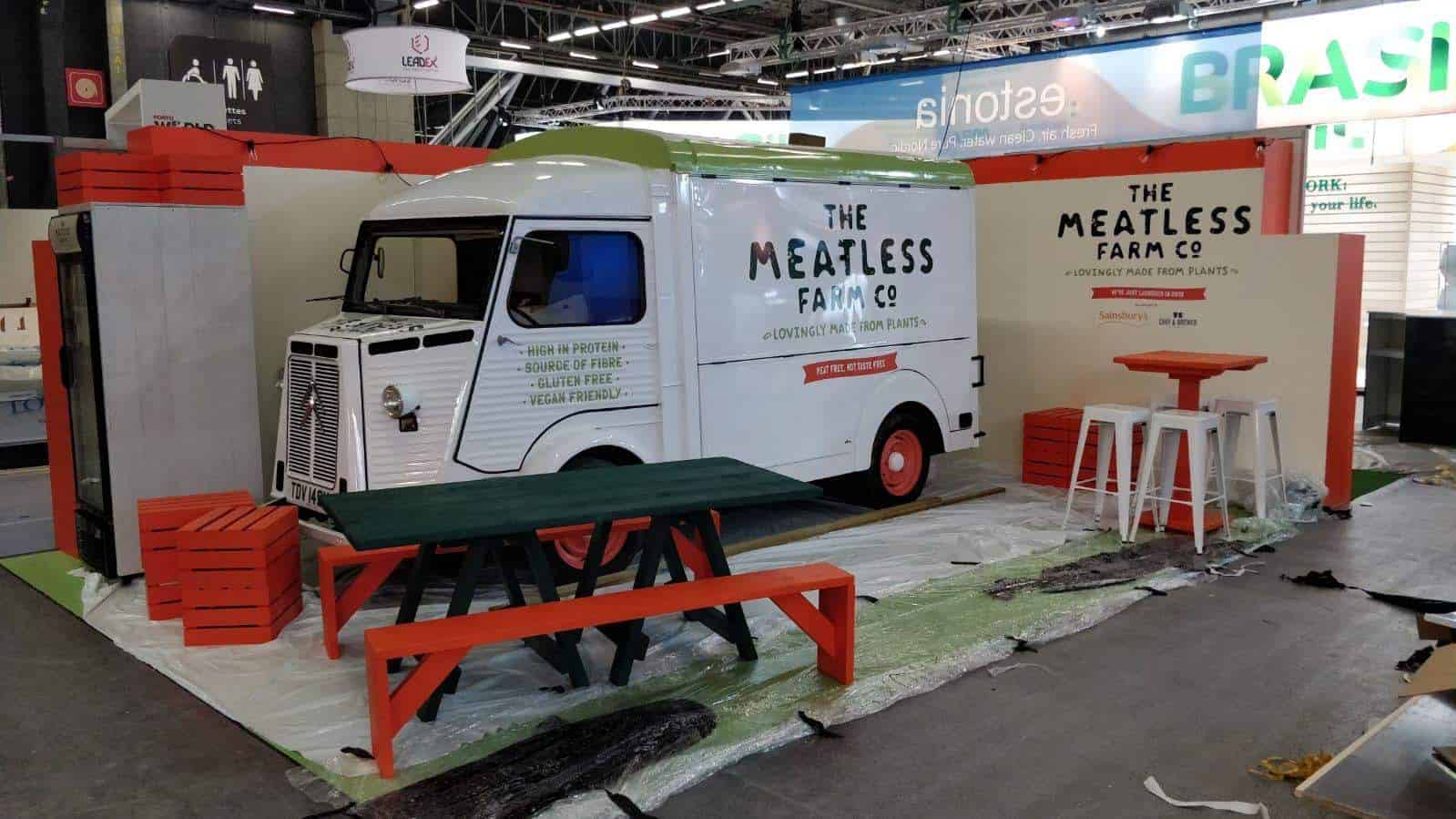 Who: The Meatless Farm– A British company who specialise in plant-based mince and burgers, helping consumers to easily reduce their meat consumption, without compromising on taste.

Our role: We branded and fitted out Meatless Farm’s Citroen H Van, before designing and building an exhibition stand for them to use at SIAL Paris, which we then transported and set up on-site.

We used the van as the centrepiece of the exhibition stand, which The Meatless Farm then sold a selection of their product out of, after we had adjusted the vehicle to make it suitable for food preparation, fitting it with the correct equipment.

We also painted some of our tables and benches to match the company colours, which were then placed around the stand for consumers to sit at whilst they ate their food, along with our wooden crates, which were filled with natural produce and raw ingredients to enforce Meatless’ fresh and plant-based image.

Challenges: The main challenges that we faced were those associated with taking a vehicle and fresh produce abroad, however plenty of research and planning in advance meant that in the end this was not problematic.